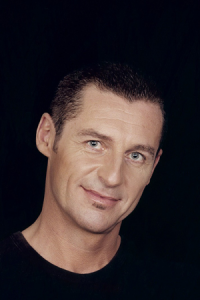 Best of Baroque, WASO Chamber Series
“This was engagingly rowdy music with the WASO musicians responding with energy and staying power to Paul Dyer's
emphatic direction from the harpsichord”

In January 2013 Paul Dyer AO was awarded the Officer of the Order of Australia (AO) for his ‘distinguished service to the performing arts, particularly orchestral music as a director, conductor and musician, through the promotion of educational programs and support for emerging artists’ in recognition of his achievements as Co-founder and Artistic Director of the Australian Brandenburg Orchestra and Brandenburg Choir.

Paul completed postgraduate studies in solo performance with Bob van Asperen at the Royal Conservatorium in the Hague, performed with many major European orchestras and undertook ensemble direction and orchestral studies with Sigiswald Kuijken and Frans Brüggen.

Paul has performed with many international soloists including Andreas Scholl, Cyndia Sieden, Marc Destrubé, Christoph Prégardien, Hidemi Suzuki, Manfredo Kraemer, Andrew Manze, Yvonne Kenny, Emma Kirkby, Philippe Jaroussky and many others. In 1998 he made his debut in Tokyo with countertenor Derek Lee Ragin, leading an ensemble of Brandenburg soloists, and in August 2001 Paul toured the orchestra to Europe with guest soloist Andreas Scholl. As a recitalist, he has toured Germany, France, Belgium, the Netherlands and the United States.

Paul is an inspiring teacher and has been a staff member at various Conservatories throughout the world. In 1995 he received a Churchill Fellowship and he has won numerous international and national awards for his CD recordings with the Australian Brandenburg Orchestra and Choir, including the 1998, 2001, 2005, 2009 and 2010 ARIA Awards for Best Classical Album. Paul is Patron of St Gabriel’s School for Hearing Impaired Children. In 2003 Paul was awarded the Australian Centenary Medal for his services to Australian society and the advancement of music. In 2010 Paul was awarded the Sydney University Alumni Medal for Professional Achievement.

Paul Dyer is managed by Graham Pushee: graham@artsmanagement.com.au
February 2022
This biography is for general information purposes only and not for publication.
Please contact Arts Management for an up-to-date biography to suit your needs